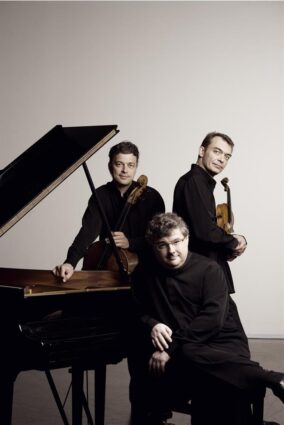 Acclaimed for its extraordinarily sensitive style, almost telepathic understanding of each other and technical mastery, the Trio Wanderer is one of the world’s foremost chamber ensembles.

The Wanderer musicians, who studied with grand masters such as Jean-Claude Pennetier, Jean Hubeau, and Menahem Pressler of the Beaux-Arts Trio and the Amadeus Quartet, won the ARD International Music Competition in Munich in 1988 and the Fischoff Chamber Music Competition in the USA in 1990. From 1988 to 1990, they took master classes in chamber music at the Festival of La Roque d’Anthéron – classes which they now teach.

In 2005, a new CD dedicated to the Martinu’s Triple Concerti was issued by Capriccio.

An auspicious meeting with the Austrian baritone Wolfgang Holzmair led the Trio to make a recording with him of the folksongs of Beethoven, Haydn and Pleyel, released by Cypres Records in 2009.

The New York Times declared their interpretation of Mendelssohn’s piano trios the new reference and their Schubert Trout Quintet and Hummel Quintet recording has been included in Forbes’s Top 100 Quality Music Library. Recently, in 2016, their recording of Schubert Trio op. 100 has been chosen as best version amongst 14 other ones by the BBC3 broadcast ‘Building a Library – CD Review’ .

Besides numerous radio and television recordings (Radio France, BBC, ARD, Mezzo), the French-German television company ARTE made a film on the Trio Wanderer, broadcast in June 2003.

Heralded by the professional music world, the Trio Wanderer has been awarded for the third time in February 2009 (previously in 1997 and 2000) a Victoire de la Musique for Best Instrumental Ensemble of the year. In 2017, for its 30th anniversary, a book written by Olivier Bellamy and tracing the history of the Trio has been published by Art3 Edition.

In 2014, Jean-Marc Phillips-Varjabédian and Raphaël Pidoux took the position of  Professor of violin and cello at the Paris’ Conservatoire national supérieur de Musique et de Danse . Vincent Coq is Professor of Chamber Music at the Haute École de Musique de Lausanne since 2010.

In 2015, Trio Wanderer’ members are bestowed the Knight of the Order of Arts and Letters (Chevalier dans l’ordre des Arts et Lettres). 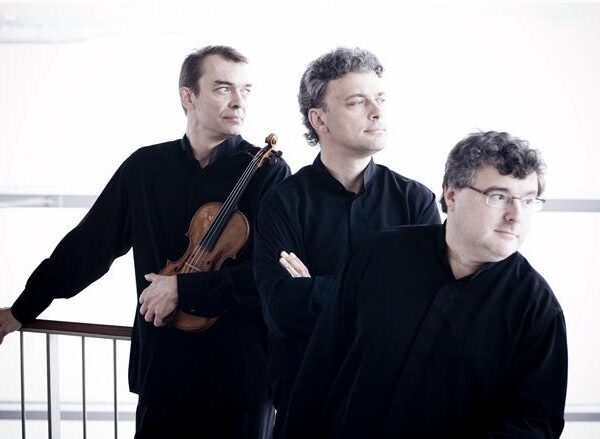 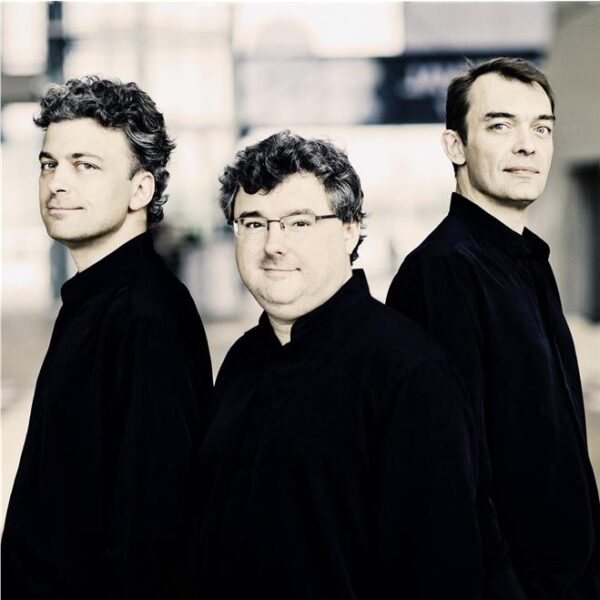 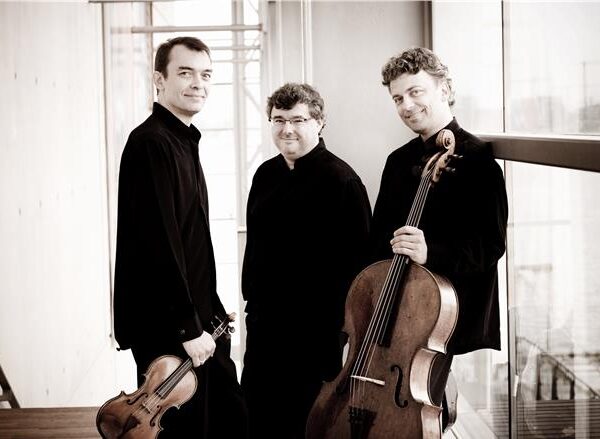 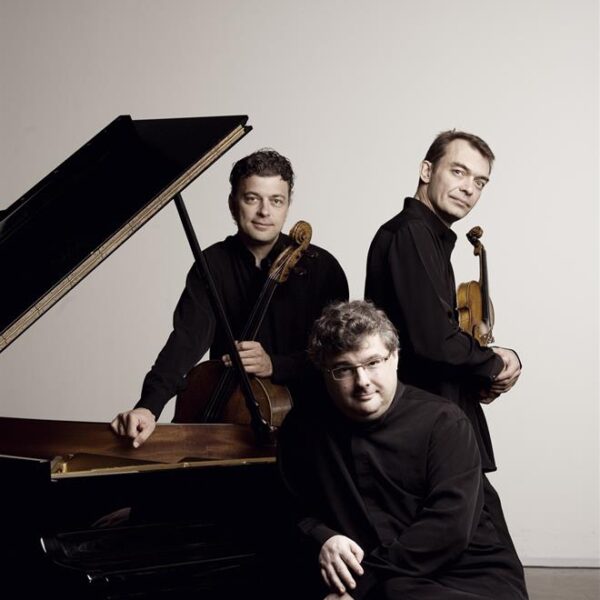 “(…) The best to be had today when it comes to trios. Throughout the years, Trio Wanderer have been able to shine thanks to their homogeneous, original sound, “physical” style and free interpretation of their repertoire.” 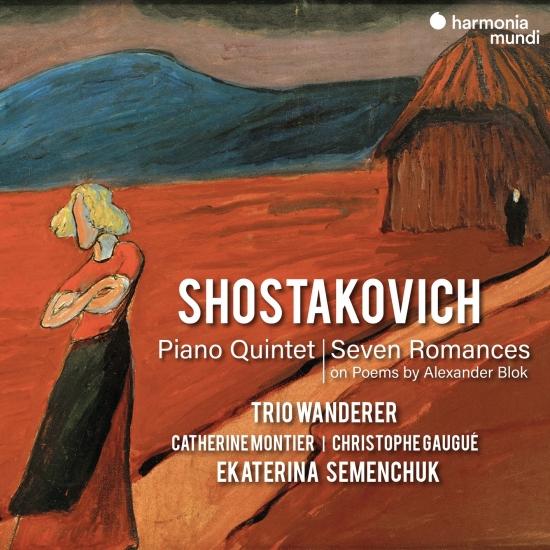 7 Sep 2020
The renowned Trio Wanderer have released a new record with Harmonia Mundi, featuring chamber music of the Russian composer and…
Menu