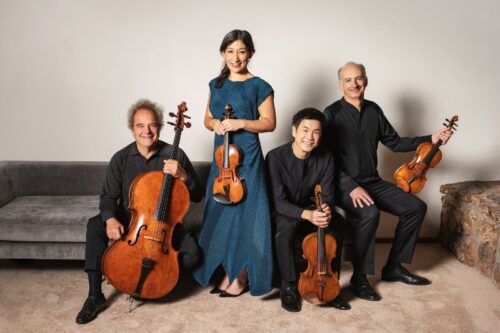 The Takács Quartet, now entering its forty-sixth season, is renowned for the vitality of its interpretations. The Guardian recently commented: “What endures about the Takács Quartet, year after year, is how equally the four players carry the music.” BBC Music Magazine described their recent Dohnányi recording with pianist Marc André Hamelin as “totally compelling, encapsulating a vast array of colours and textures.”

In August 2021, the quartet embarks on a month long tour of Australia and South Korea. The Takács performs extensively throughout North America.

In June 2020 the Takács Quartet was featured in the BBC television series Being Beethoven. The ensemble also released a CD for Hyperion of piano quintets by Amy Beach and Elgar, a fitting way to celebrate Geri Walther’s fifteen years as the Takács’ violist before her retirement from the group. The members of the quartet welcome Richard O’Neill as their new violist in June and are looking forward to many exciting projects during their first season together. The group will make two recordings for Hyperion, one featuring the last quartets of Haydn, the other pairing two masterpieces from the first decade of the twentieth century: Bartók’s Quartet no. 1 and Alban Berg’s Opus 3.

The group continues their role as Associate Artists at London’s Wigmore Hall, performing two concerts there in November and two in May, the latter including Schubert’s Quintet D956 with cellist Adrian Brendel. Other European venues include Vienna, Luxembourg, the Bath Mozartfest, Newcastle, Manchester and Madrid.

In 2014 the Takács became the first string quartet to be awarded the Wigmore Hall Medal. The Medal, inaugurated in 2007, recognizes major international artists who have a strong association with the Hall. Recipients so far include Andras Schiff, Thomas Quasthoff, Menahem Pressler and Dame Felicity Lott. In 2012, Gramophone announced that the Takács was the only string quartet to be inducted into its first Hall of Fame, along with such legendary artists as Jascha Heifetz, Leonard Bernstein and Dame Janet Baker. The ensemble also won the 2011 Award for Chamber Music and Song presented by the Royal Philharmonic Society in London.

The Takács Quartet performed Philip Roth’s Everyman program with Meryl Streep at Princeton in 2014, and again with her at the Royal Conservatory of Music in Toronto in 2015. The program was conceived in close collaboration with Philip Roth. The Quartet is known for such innovative programming. They first performed Everyman at Carnegie Hall in 2007 with Philip Seymour Hoffman. They have toured 14 cities with the poet Robert Pinsky, collaborate regularly with the Hungarian Folk group Muzsikas, and in 2010 they collaborated with the Colorado Shakespeare Festival and David Lawrence Morse on a drama project that explored the composition of Beethoven’s last quartets. Aspects of the quartet’s interests and history are explored in Edward Dusinberre’s book, Beethoven for a Later Age: The Journey of a String Quartet, which takes the reader inside the life of a string quartet, melding music history and memoir as it explores the circumstances surrounding the composition of Beethoven’s quartets.

The Takács records for Hyperion Records, and their releases for that label include string quartets by Haydn, Schubert, Janáček, Smetana, Debussy and Britten, as well as piano quintets by César Franck and Shostakovich (with Marc-André Hamelin), and viola quintets by Brahms (with Lawrence Power). For their CDs on the Decca/London label, the Quartet has won three Gramophone Awards, a Grammy Award, three Japanese Record Academy Awards, Disc of the Year at the inaugural BBC Music Magazine Awards, and Ensemble Album of the Year at the Classical Brits. Full details of all recordings can be found in the Recordings section of the Quartet’s website.

The members of the Takács Quartet are Christoffersen Faculty Fellows at the University of Colorado Boulder. The Quartet has helped to develop a string program with a special emphasis on chamber music, where students work in a nurturing environment designed to help them develop their artistry. Through the university, two of the quartet’s members benefit from the generous loan of instruments from the Drake Instrument Foundation. The members of the Takács are on the faculty at the Music Academy of the West in Santa Barbara, where they run an intensive summer string quartet seminar, and Visiting Fellows at the Guildhall School of Music.

The Takács Quartet was formed in 1975 at the Franz Liszt Academy in Budapest by Gabor Takács-Nagy, Károly Schranz, Gabor Ormai and András Fejér, while all four were students. It first received international attention in 1977, winning First Prize and the Critics’ Prize at the International String Quartet Competition in Evian, France. The Quartet also won the Gold Medal at the 1978 Portsmouth and Bordeaux Competitions and First Prizes at the Budapest International String Quartet Competition in 1978 and the Bratislava Competition in 1981. The Quartet made its North American debut tour in 1982. In 2001 the members of the the Takács Quartet were awarded the Order of Merit of the Knight’s Cross of the Republic of Hungary, and in March 2011 the Order of Merit Commander’s Cross by the President of the Republic of Hungary. 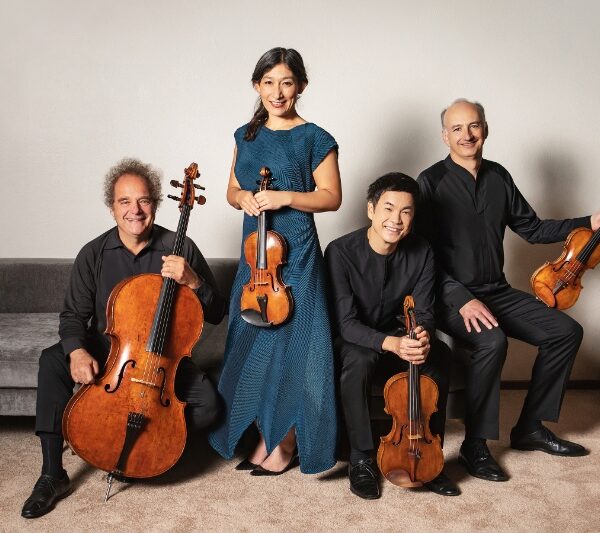 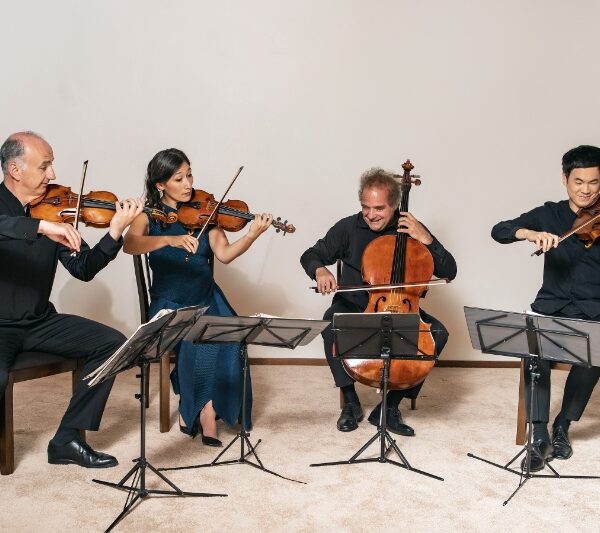 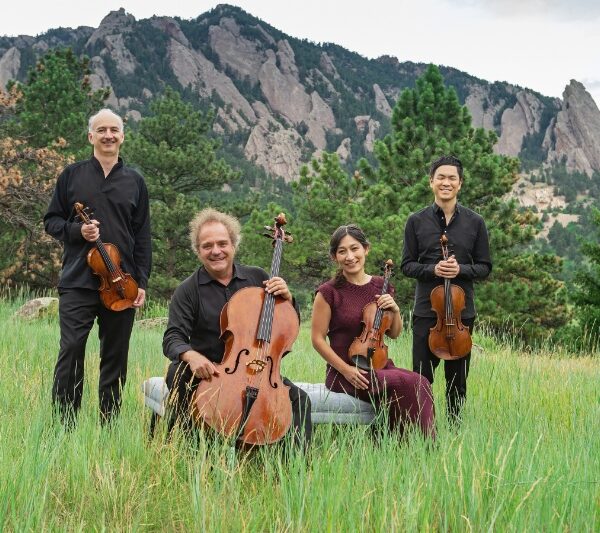 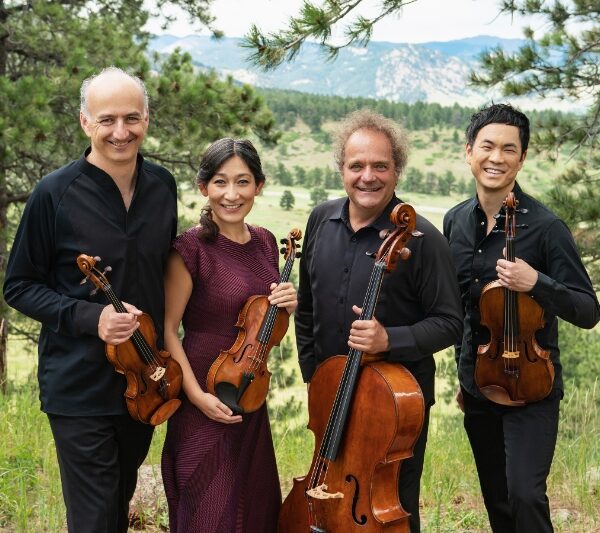 Elgar & Beach: Piano Quintets review – the Takács and Garrick Ohlsson in a passionate embrace (May 2020)

“The Takács Quartet and pianist Garrick Ohlsson, without excess or hysterics, plumb every emotional possibility. ”

“The performance from Hamelin and the Takács is totally compelling, encapsulating a vast array of colours and textures… A treasurable disc.”