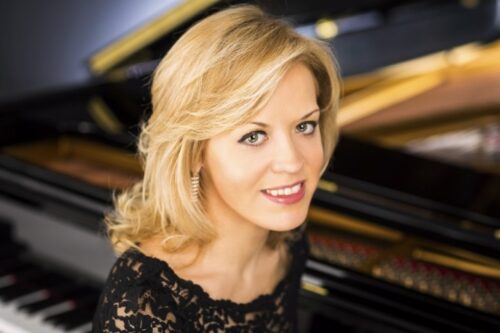 Russian-American pianist Olga Kern is now recognized as one of her generation’s great artists.  With her vivid stage presence, passionately confident musicianship and extraordinary technique, the striking pianist continues to captivate fans and critics alike.

Olga Kern was born into a family of musicians with direct links to Tchaikovsky and Rachmaninoff and began studying piano at the age of five. She jumpstarted her U.S. career with her historic Gold Medal at the Van Cliburn International Piano Competition in Fort Worth, Texas as the first woman to do so in more than thirty years.

In recent seasons, Kern performed with the Moscow Philharmonic, Santa Fe Symphony, and the St. Louis Symphony, as well as opened the Pacific Symphony’s 2018-19 season. Kern was also a featured soloist for the Royal Scottish National Orchestra during the 2018-19 Tour. She also served as Artist in Residence for the San Antonio Symphony’s 2017-18 season and had her Chinese debut with the National Youth Orchestra of China tour. Ms. Kern opened the Baltimore Symphony’s 2015-2016 centennial season with Marin Alsop. Other season highlights included returns to the Royal Philharmonic with Pinchas Zukerman, Orchestre Philharmonique de Nice with Giancarlo Guerrero.

Ms. Kern’s discography includes Harmonia Mundi recordings of  the Tchaikovsky Piano Concerto No. 1 with the Rochester Philharmonic Orchestra and Christopher Seaman (2003), her Grammy Nominated recording of Rachmaninoff’s Corelli Variations and other transcriptions (2004), a recital disk with works by Rachmaninoff and Balakirev (2005), Chopin’s Piano Concerto No. 1 with the Warsaw Philharmonic and Antoni Wit (2006), Brahms Variations (2007) and a 2010 release of Chopin Piano Sonatas No. 2 and 3 (2010). Most recently, SONY released their recording of Ms. Kern performing the Rachmaninoff Sonata for Cello and Piano with cellist Sol Gabetta. She was also featured in the award-winning documentary about the 2001 Cliburn Competition, Playing on the Edge, as well as Olga’s Journey, Musical Odyssey in St. Petersburg and in They Came to Play. In 2012, Olga and her brother, conductor and composer, Vladimir Kern, co-founded the “Aspiration” foundation whose objective is to provide financial and artistic assistance to musicians throughout the world.

In 2017, Ms. Kern was gratified to receive the Ellis Island Medal of Honor, joining other honorees including Rosa Parks, Buzz Aldrin, Coretta Scott King, and Supreme Court Justice Sandra Day O’Connor. This commendation recognizes Americans who “embody the spirit of America in their salute to tolerance, brotherhood, diversity, and patriotism.” 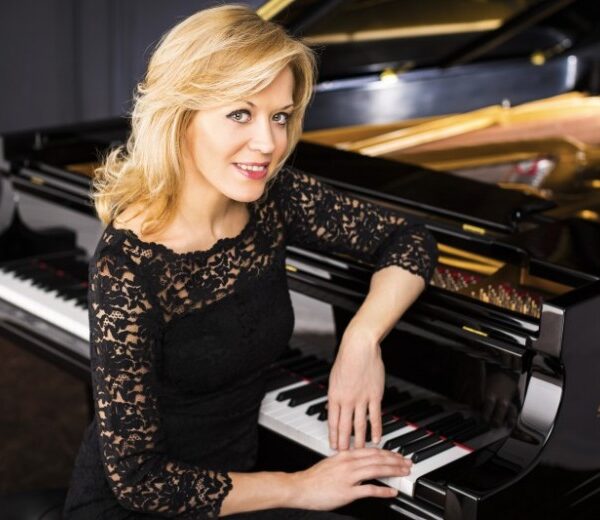 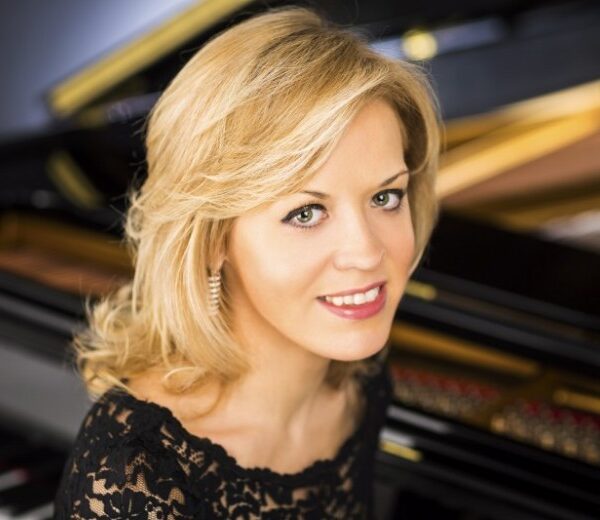 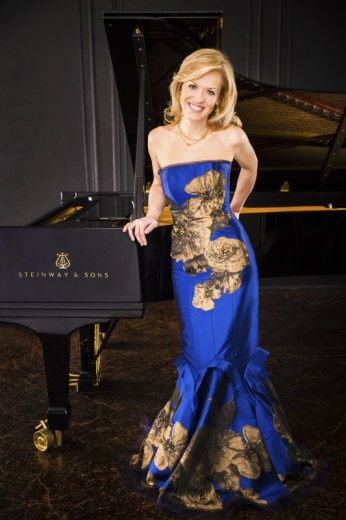 “… [Olga Kern’s] her mental command of the music is impeccable […] she constantly demonstrated not just a firm grasp but deep insight into the possibilities of the music […] But there’s something else besides the technique, the intellect, and the more obvious emotion as well – something less easy to analyze but no less evident in a Kern performance. […] You can’t buy it, you can’t teach it. But Kern’s got it. And we can be thankful that there is an Olga Kern […] to carry the great tradition she represents into the future.”

“…Speaking of muscular power, not to mention sheer pianistic dexterity, she gave an astonishing performance of Islamey, which used to be called the most difficult piece in the repertory for piano. Kern is definitely its master.”

“She ended her program with Balakirev’s Islamey, and this turned out to be the best rendition of this work I have ever heard, dead or alive! The legendary difficulties of this piece, which result in so many pianists huffing and puffing in an attempt to master its thorny challenges, sounded easy in Ms. Kern’s performance, and her winning way with the lovely slow section was totally beguiling.”

“Her electricity at the keyboard is palpable, and though she generates from the music itself, as it flows through her fingers it takes on fresh voltage that is unmistakably hers.”

“Kern’s rendition of Chopin revealed not only her technical abilities but also an innate musicality.”

“Her Scriabin Ninth Sonata is a tapestry of unsettling rumination and stormy outburst, all magnificently managed. A warmly romantic approach brings a perfect mix of charm, whimsy, and poignancy to the Schubert Impromptu in B-flat major (D. 934, No.3) and real ecstasy to the Wagner/Liszt Liebestod.”