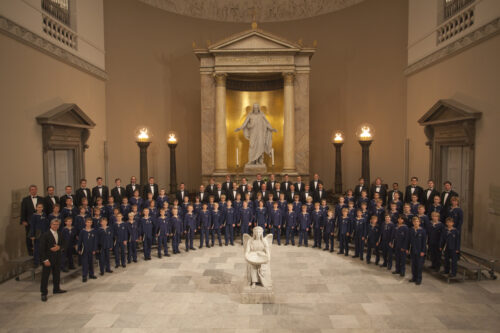 Among some of the oldest European Musical traditions are the Cathedral choirs and their choir schools. The Copenhagen Royal Chapel Choir is the only representative of this tradition in Scandinavia.

The choir also has an extensive concert activities in Copenhagen and in other parts of Denmark. It normally tours Denmark every other year and has single concerts in cities within reach of Copenhagen through out the concert season with a cappella music. The choir has an ongoing co-operation with The Copenhagen Philharmonic (Copenhagen Phil) as well as The Danish National Symphony Orchestra / DR (Danish Danish Broadcasting Corporation).

Founded in 1924 by Mogens Wöldike the choir quickly developed into a full-time institution with the boys receiving their general education alongside a full musical and vocal training in SANKT ANNÆ GYMNASIUM, the Copenhagen Municipal Choir School.

Since 1959 the choir has been resident at Copenhagen Cathedral and as part of its duties performs at state occasions and during royal visits abroad. In fact since Ebbe Munk became director of the choir in 1991 they have undertaken concerts in leading concert halls, cathedrals and festivals all over the world. This includes leading concert managers such as Dell‘Arte in South America, Wu Promotion in China and Sydney Opera House Trust in Australia.

With a comprehensive repertoire ranging from commissioned works by the leading composers of our time to the earliest polyphony the choir has over the years gained a reputation for being one of the finest of its type and it has recieved several high distinctions. The choir tours extensively and has given concerts in all parts of the world. It has taken part in many radio and television productions both in Denmark and abroad.

Le Figaro has placed the choir alongside the Vienna Boys Choir and that of Kings College, Cambridge as one of the finest in Europe. They work regularly with the Danish National Symphony Orchestra and have made numerous CD recordings on EMI, Vanguard, Chandos, Decca, Telefunken, Danica Records and Dacapo.

On August 1, 2020, Carsten Seyer-Hansen took over as artistic director and chief conductor for the Copenhagen Royal Chapel Choir.Since 2003 he has been employed at Aarhus Cathedral where he is artistic director of both Skt. Clemens Boys Choir and Aarhus Cathedral’s Kantori. Carsten Seyer-Hansen is also employed as an associate professor at Det Jyske Musikkonservatorium (The Royal Academy of Music in Aarhus) with responsibility for the conducting programs at the master’s and soloist levels. In addition, he has an extensive freelance business as conductor for a number of Denmark’s professional choirs and orchestras. 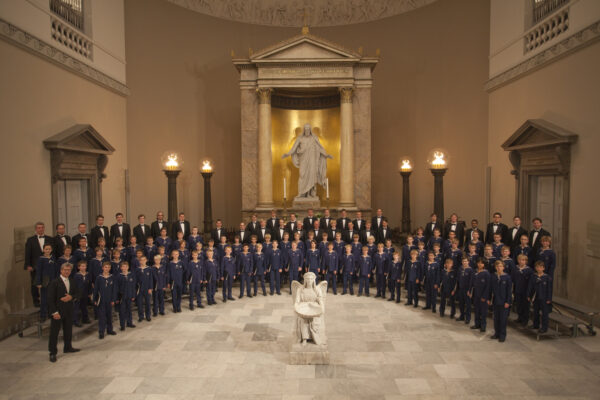 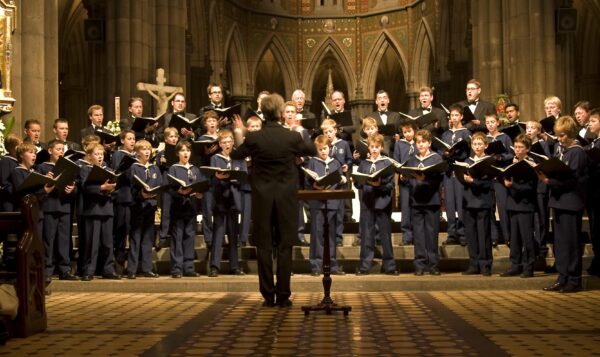 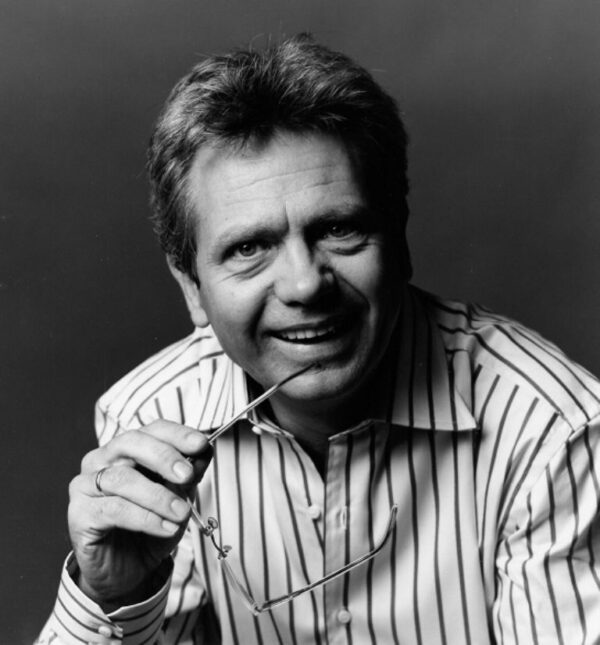 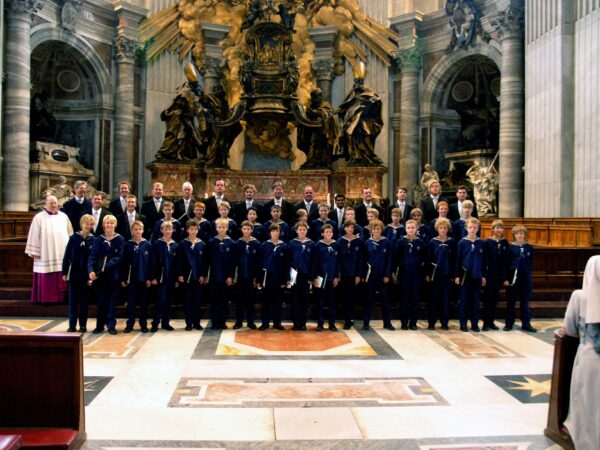 “On the occasion of the Danish Queen Margrethe’s official visit to France, the Danes had made the French the most perfect and rare present from the musical world. After having heard the Copenhagen Boys’ Choir last Saturday, we are able to establish the fact that this choir must be classified along with the most excellent children’s and youth-choirs in the world. That is to say L’Escolania de Montserrat, the choir from King’s College in Cambridge, the choirs from Tölz and Regensburg, and finally the Wiener Sängerknaben”

“The Copenhagen Boys’ Choir gave good for thought. There was no lack of dynamics and mature sound and the music lived with the chamber-musical transparancy and soloistic quality that is the characteristic ideal of the renaissance music. It was an eminent expression – a performance for recording.”

“The concert of the Copenhagen Boys’ Choir was an artistic experience which it is a shame to describe in words. The 40 boys’ and 16 men’s singing is some of the finest ever heard and you were still feeling the crystal-clear intonation, gentle and powerful, after getting out into the Danish cold west-wind […] trying to describe, it is close to the commonplace […] The boys’ incredible musicality was astonishing and admiring.”

“When music by Palestina and Schütz is sung as well as it was last night in the Washington Cathedral the sound is surprisingly beautiful […] They sang with a natural-sounding freedom and lightness that is even more impressive than their unusual accuracy and blend.”

“Copenhagen Boys’ Choir – educated and prepared to the perfect – sang with great enthusiasm compositions from the Rennaissance and the Baroque as well as classical and contemporary music […] The sound of the choir was remarkably homogenous and it was sung with a correct pronounciation, dynamically varied and with a never-failing attendance. Despite the heavy demanding programme you never felt any weariness.”

“The singers expressed a brightness in the subtle polyphony and in the modern and daring tones of ‘Cantiones Sacrae’. At once the ensemble revealed itself as being very professional with a magnificant punctuality. So they presented us with a wonderful musical dialoque and these young singers’ great virtuosity was much admirable.”

“There was a chance to admire the clear and beautiful pitch of the 60 boys- and male singers and value the ideal balance which was in the performance […] You could really feel the musical quality that Ebbe Munk transfers to his singers in the intense and genuine phrases […] The choir is giving a unique illustration of quality which hopefully we will very soon meet again in Switzerland.”