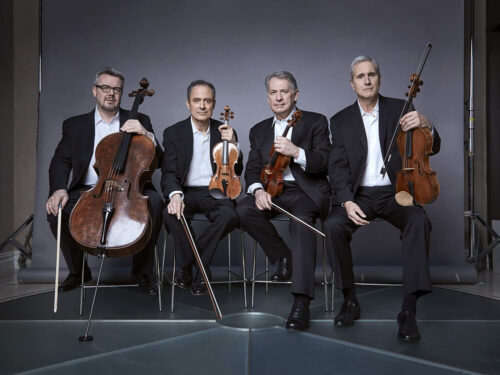 The Emerson String Quartet has maintained its status as one of the world’s premier chamber music ensembles for more than four decades. “With musicians like this,” wrote a reviewer for The Times (London), “there must be some hope for humanity.” The Quartet has made more than 30 acclaimed recordings, and has been honored with nine GRAMMYs® (including two for Best Classical Album), three Gramophone Awards, the Avery Fisher Prize, and Musical America’s “Ensemble of the Year” award. The Quartet collaborates with some of today’s most esteemed composers to premiere new works, keeping the string quartet form alive and relevant. The group has partnered in performance with such stellar soloists as Reneé Fleming, Barbara Hannigan, Evgeny Kissin, Emanuel Ax, and Yefim Bronfman, to name a few.

Formed in 1976 and based in New York City, the Emerson String Quartet was one of the first quartets to have its violinists alternate in the first chair position.  The Quartet, which takes its name from the American poet and philosopher Ralph Waldo Emerson, balances busy performing careers with a commitment to teaching, and serves as Quartet-in-Residence at Stony Brook University.  In 2013, cellist Paul Watkins—a distinguished soloist, award-wining conductor, and devoted chamber musician—joined the original members of the Quartet to form today’s group.

In the spring of 2016, the State University of New York awarded full-time Stony Brook faculty members Philip Setzer and Lawrence Dutton the status of Distinguished Professor, and conferred the title of Honorary Distinguished Professor on part-time faculty members Eugene Drucker and Paul Watkins.  The Quartet’s members previously had received honorary doctorates from Middlebury College, the College of Wooster, Bard College, and the University of Hartford.  In January of 2015, the Quartet received the Richard J. Bogomolny National Service Award, Chamber Music America’s highest honor, in recognition of its significant and lasting contribution to the chamber music field.

The Quartet’s extensive discography includes the complete string quartets of Beethoven, Mendelssohn, Brahms, Bartok, Webern, and Shostakovich, as well as multi-CD sets of the major works of Haydn, Mozart, Schubert, and Dvorak. The ensemble also has recorded music by Tchaikovsky, Smetana, Debussy, Ravel, Barber, and Ives.

In April of 2019, the Quartet joined forces with GRAMMY®-winning pianist Evgeny Kissin to release their debut collaborative album for Deutsche Grammophon, recorded live at a sold-out Carnegie Hall concert in 2018.

In October 2020, the group releases a recording of Schumann’s three string quartets for the PENTATONE label. 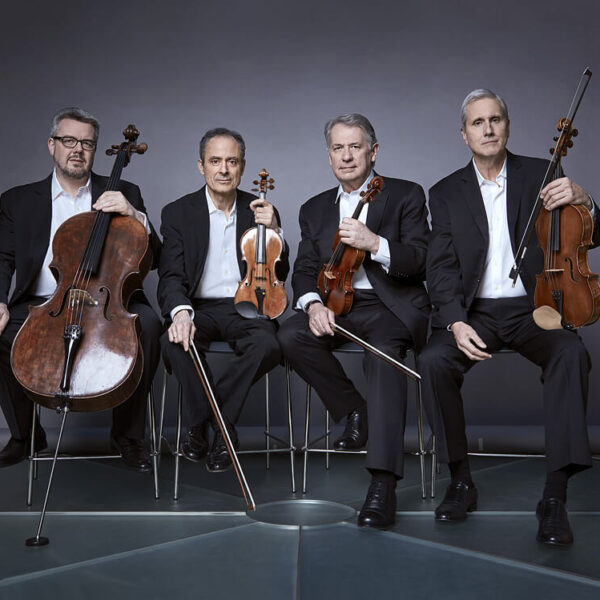 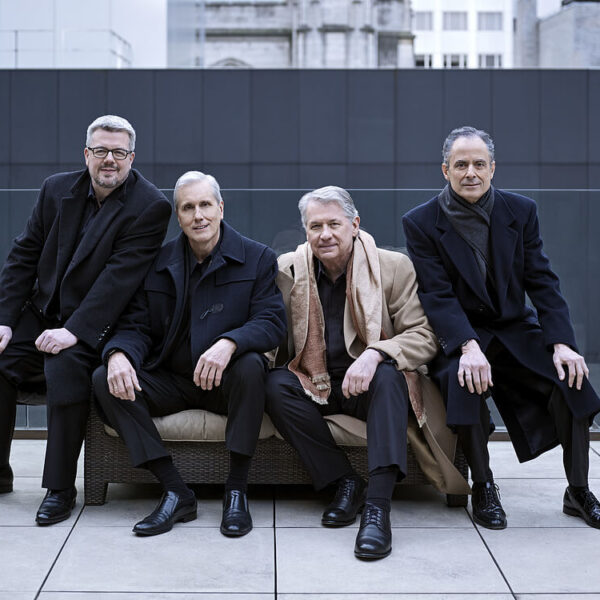 Emerson String Quartet at The International Chamber Series at Meany – 2015

“For nearly 40 years, the Emerson String Quartet has commanded a certain reverence from music lovers. Its polished and authoritative performances, its comprehensive and mighty discography, its fearless embrace of the new and unusual as well as the classics — all have placed this string quartet high in the pantheon of chamber music.”

Evgeny Kissin and the Emerson String Quartet at Carnegie Hall – 2018

“The Emersons (…) were as melting individually, singing limpid, sinuous melodies, as they were powerful in their unified outbursts. (…) One thing is for sure: You wouldn’t have wanted to be trapped in a small room with the encore, the Scherzo of Shostakovich’s Piano Quintet. With each at his most percussive, the players all but lifted the lid off the hall. It made you want to hear the whole piece.”
James R. Oestreich, The New York Times