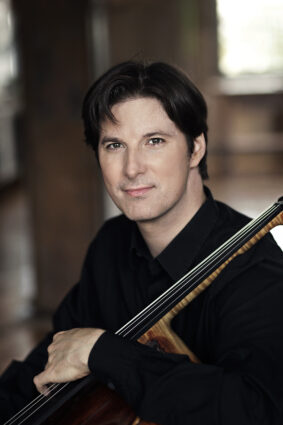 Daniel Müller-Schott is one of the most sought-after cellists in the world, and can be heard on all the great international concert stages. For more than two decades now he has been enchanting audiences as an ambassador for classical music in the 21st century. The New York Times refers to his “intensive expressiveness” and describes him as a “fearless player with outstanding technique”. (New York Times).
Daniel Müller-Schott guests with important leading international orchestras; in the US with the orchestras in New York, Boston, Cleveland, Chicago, Philadelphia, San Francisco and Los Angeles; in Europe the Berliner Philharmoniker, the Gewandhausorchestra Leipzig, the Radio Orchestras from Berlin, Munich, Frankfurt, Stuttgart, Leipzig and Hamburg, Copenhagen and Paris, the London Symphony and Philharmonic Orchestra, the City of Birmingham Symphony Orchestra, the Netherlands Philharmonic Orchestra, the Spanish National Orchestra as well as in Australia with the Sydney and Melbourne Symphony Orchestra and in Asia with Tokyo’s NHK Symphony Orchestra, Taiwan’s National Symphony Orchestra (NSO) und Seoul Philharmonic Orchestra.
All over the world Daniel Müller-Schott has appeared in concert with such renowned conductors as Vladimir Ashkenazy, Thomas Dausgaard, Charles Dutoit, Christoph Eschenbach, Iván Fischer, Alan Gilbert, Gustavo Gimeno, Bernard Haitink, Neeme Järvi, Dmitrij Kitajenko, Susanna Mälkki, Andris Nelsons, Gianandrea Noseda, Andrés Orozco-Estrada, Kirill Petrenko, André Previn, Michael Sanderling and Krzysztof Urbański. Many years of musical collaboration linked him with Kurt Masur, Lorin Maazel and Yakov Kreizberg.
In addition to performances of the great cello concertos, Daniel Müller-Schott has a special interest in discovering unknown works and extending the cello repertoire, e.g. with his own adaptations and through cooperation with contemporary composers.
Sir André Previn and Peter Ruzicka dedicated cello concertos to the cellist which were premiered under the direction of the composers with the Gewandhausorchestra Leipzig and the Kammerphilharmonie Bremen. Last year, to much acclaim from the press, Daniel Müller-Schott performed the premiere of Berger’s “Rime Sparse” for soprano and piano trio in Chicago and then in New York. Both the US-born Sebastian Currier as well as Olli Mustonen have composed a cello sonata for Daniel Müller-Schott.
Highlights of the season 2018/19 include the opening concert Settimane Musicali di Ascona with the Tonhalle Orchestra Zürich and Krzysztof Urbański, concerts with the Royal Philharmonic Orchestra and Lionel Bringuier, in den USA with the Dallas Symphony Orchestra and Karina Kannellaki, and the St. Louis Symphony Orchestra and Gilbert Varga, as well as the Spanish Radio Television Symphony Orchestra and Erik Nielson. There are three extended recital tours on the concert calendar: a solo recital tour to Asia, a trio tour with Julia Fischer and Nils Mönkemeyer as well as with Baiba Skride and Xavier de Maistre. Daniel Müller-Schott will play the premiere of Currier’s piano trio with Anne-Sophie Mutter and Lambert Orkis in New York’s Carnegie Hall, followed by a stop in Chicago. At the Mecklenburg-Vorpommern Music Festival Daniel Müller-Schott is artistic director for the Rügen Classical Music Spring Festival 2019.
International music festivals regularly invite Daniel Müller-Schott to perform, including the London Proms, the Schubertiade, Schleswig-Holstein, Rheingau, Schwetzingen, Mecklenburg-Vorpommern, the Heidelberg Spring Festival and the Vancouver Festival, and, in the USA, festivals in Tanglewood, Ravinia and the Hollywood Bowl in Los Angeles. In his chamber music concerts, Daniel Müller-Schott collaborates, inter alia with Nicolas Angelich, Kit Armstrong, Renaud Capuçon, Xavier de Maistre, Julia Fischer, Igor Levit, Nils Mönkemeyer, Anne-Sophie Mutter, Francesco Piemontesi, Lauma and Baiba Skride and Simon Trpčeski.
Daniel Müller-Schott has been involved for many years now in the project “Rhapsody in School”. He regularly gives master classes and helps to support young musicians in Europe, the USA, Asia and Australia.
Since his childhood, Daniel Müller-Schott has felt a great love for the music of Johann Sebastian Bach. For his first CD record he chose the Six Suites for Cello Solo for Bach’s jubilee in 2000.
Daniel Müller-Schott has already built up a sizeable discography in a career spanning twenty years under the ORFEO, Deutsche Grammophon, Hyperion, Pentatone and EMI Classics labels and includes among others, works from Bach, Beethoven, Brahms, Mozart, Haydn, Schumann, Mendelssohn, Prokofiev, Schubert, Khachaturian, Shostakovich, Elgar, Walton, Britten and Dvořák.
His recordings have been enthusiastically received by both the public and the press and have also received numerous awards, including the Gramophone Editor’s Choice, Strad Selection, and the BBC Music Magazine’s “CD of the month”. He has been awarded the Quarterly Prize of German Record Critics for his recordings of the Elgar and Walton Cello Concertos with Oslo Philharmonic and André Previn and for his CD of the Shostakovich Cello Concertos recorded with the Bavarian Radio Orchestra and Yakov Kreizberg. In France the “Solo Suites” by Benjamin Britten were awarded with the Diapason d’or and “Dvořák The Cello Works” with the “Choc de Classica”. For “Duo Sessions” Daniel Müller-Schott and Julia Fischer received the International Classical Music Award (ICMA) 2017. On his new CD to appear in fall 2018 with ORFEO, Daniel Müller-Schott recorded works by Tchaikovsky, Glasunow and Rimski-Korsakov with the German Symphony-Orchestra Berlin and Aziz Shokhakimov.
Daniel Müller-Schott can be regularly experienced on national and international radio broadcasters and on the TV channels ARD, ZDF, ARTE and 3Sat as a soloist in concert recordings and as an interview guest.
Daniel Müller-Schott studied under Walter Nothas, Heinrich Schiff and Steven Isserlis. He was supported personally by Anne-Sophie Mutter and received, among other things, the Aida Stucki Preis as well as a year of private tuition under Mstislaw Rostropowitsch. At the age of fifteen, Daniel Müller-Schott won the first prize at the International Tchaikovsky Competition for Young Musicians in 1992 in Moscow.
Beside the music Daniel Mueller-Schott has also a considerable affinity for the fine arts, in particular for French paintings of the 19th century. During his travels he always visits the major museums, seeing the great masters in the original. The cellist regularly takes part in art projects himself, for example in the “Street Art“ project in Munich, Berlin (ARTE) and Melbourne 2016.
Daniel Müller-Schott plays the “Ex Shapiro” Matteo Goffriller cello, made in Venice in 1727. 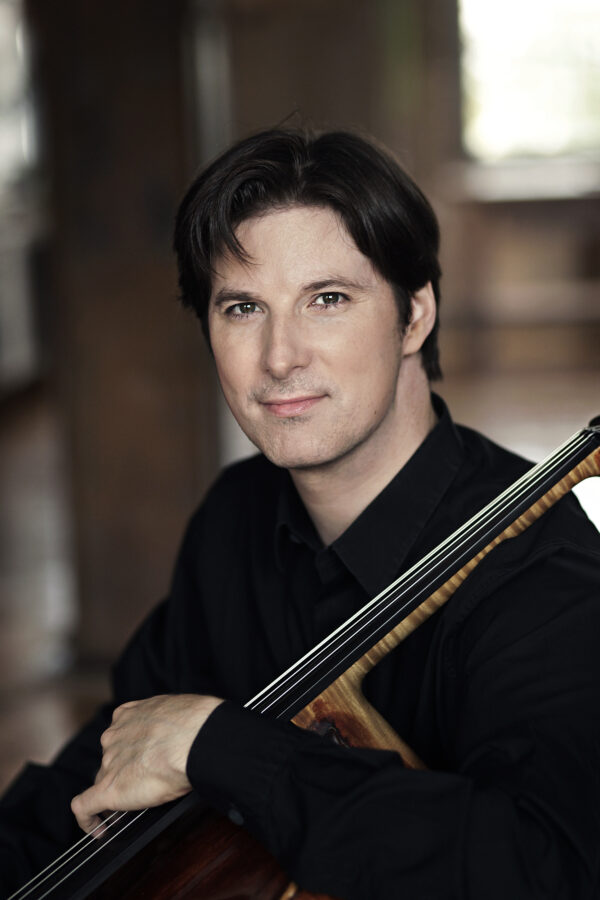 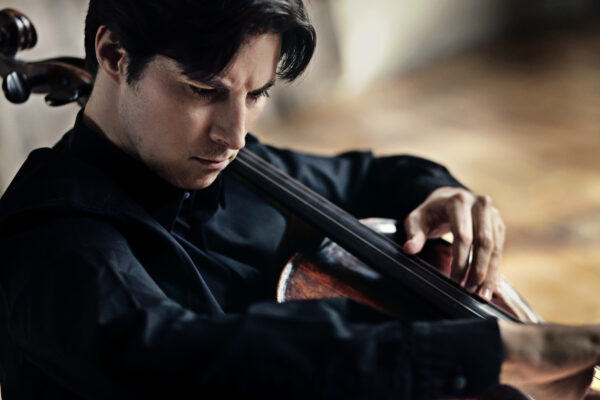 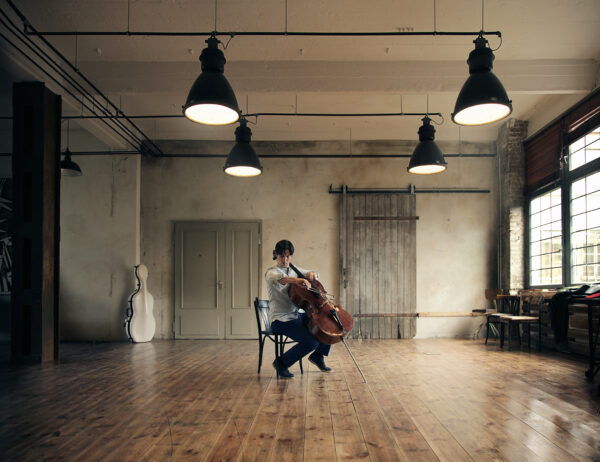 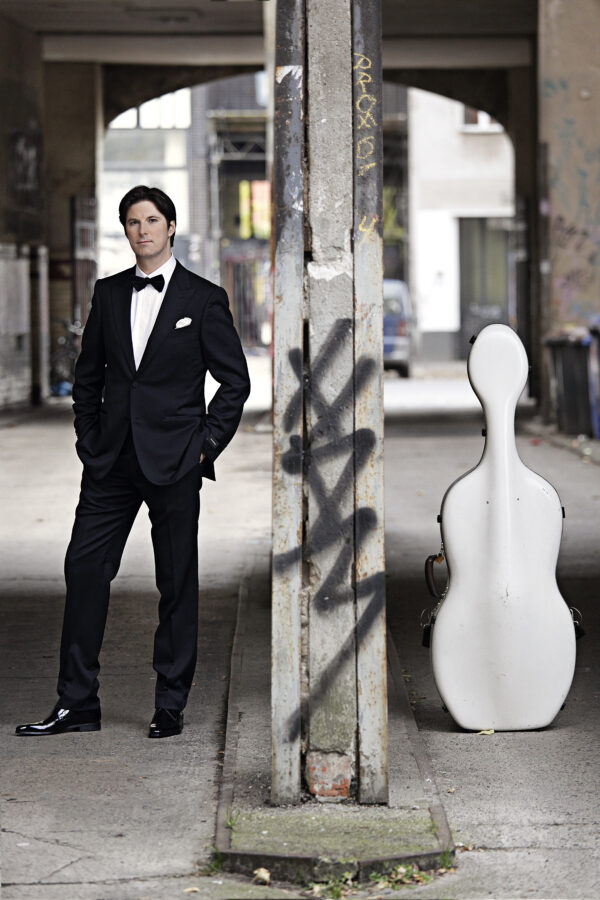 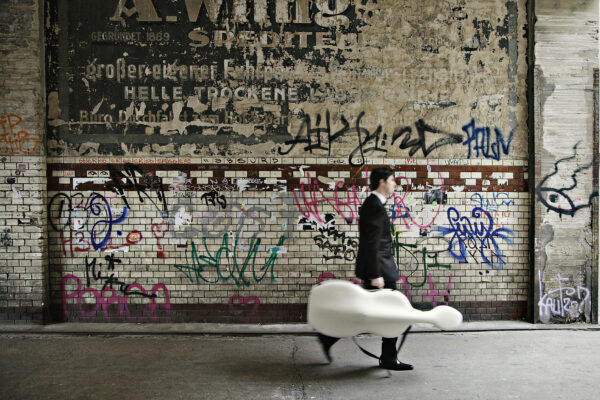 “… Before the interval, Daniel Muller-Schott played Schumann’s Cello Concerto in A minor, Opus 129 with a wonderfully youthful bloom to the sound and superb instrumental mastery.
In his mature orchestral works, Schumann seems to trade the psychological extremes and singular imagination of his youth for respectability of form, and Muller-Schott’s approach reaffirmed its cogency with a poised sense of line and immaculate tonal projection….”

“Daniel Müller-Schott and his piano partner Francesco Piemontesi located Beethoven’s early cello sonata in G minor op. 5 Nr. 2 … as a composition which, although still fully obliged to the classical ideal of beauty, was nonetheless astonishingly open, distancing itself from rationalistic objectivity, but without any romanticization, clear and distinct in tone, finely coordinated and communicating … This also sounded passionate in the following sets (Editor’s note: Brahm’s Cello Sonata No. 2), sonorous in the cello part, clear and dry in the dense piano part…”

“Dmitri Shostakovich, … Sonata in D minor op. 40 … a highlight of the Johannisberg concert … Whereby both found an excellent balance between allusion and interpretation, with restless melancholy in the first, and erratically gliding and jazzily plucked tones in the second set. The long set appeared to be stretched to bursting, the finale was trenchant and ultimately hyperactive. A fantastic interpretation!”

“… All of the qualities such as the impressively structured, contoured tone, the stylistic self-confidence, the sense of symphonic interaction, the careful phrasing, as well as the unpretentious performance, are in the meantime the trademarks of instrumental virtuosity, in short, Müller-Schott is a diverse and mature master of his discipline, rightly celebrated internationally… His ability to handle over-dimensioned cantilenas and further perspective such as in the Largo by Shostakovich or in the Adagio by Brahms is captivating. ….. Sheer delight.”

”As a prominent interpreter of world renown, the solo cellist Daniel Müller-Schott set special accents. He intoned Haydn’s concerto for Violoncello Nr. 1 in C major Hob. VIIb:1 with perfect tone, with masterful intonation as well as a high degree of cultivation, and yet with clear accentuation.”

“… Müller-Schott, who also loves the esoteric repertoire (Prokofiev “Symphonic concert”) … , sings this piece soulfully on his noble cello, with self-confident intonation at the most precarious heights and speeds…”