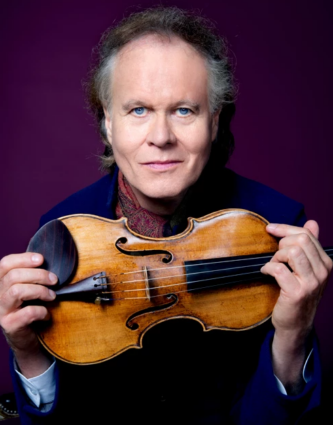 International critics have compared Augustin Dumay to the great violinists of the 20th century, describing him as a “great classical stylist”, a reputation underscored by his outstanding recordings for Deutsche Grammophon: Beethoven’s complete sonatas with Maria João Pires, a set that “surely ranks with Grumiaux/Haskil, Menuhin/Kempff, or Perlman/Ashkenazy” (International Piano), Brahms’ trios in which “the Milstein legacy in Dumay’s playing is wonderfully apparent” (Gramophone), and Mozart’s concertos with the Camerata Salzburg, “without exaggeration one of the finest Mozart violin concerto discs ever made” (Classic CD), in which he “confirms that he is an exceptional interpreter of Mozart as were Stern or Grumiaux before him” (Classica).

Born into a family of musicians – his mother is a cellist and pianist, his father an amateur violinist – Augustin Dumay started violin lessons at the age of 5, after attending a concert by Nathan Milstein. Aged ten, he entered the Paris Conservatoire, winning the premier prix at the age of thirteen. His first concert at the Théâtre des Champs-Élysée followed a year later and he then appeared at the Montreux Festival, playing for Joseph Szigeti and Henryk Szeryng, who invited him to replace him on a tour of South America. On his return, Augustin Dumay worked in Paris with Nathan Milstein, who said of him: “I believe he will take his place amongt the great violinists of the year 2000”. He then went on to work in Brussels with Arthur Grumiaux for five years.

He soon became familiar to concert audiences in France, but his international career took off thanks to his encounter with Herbert von Karajan. The great conductor heard him by chance during a recording session at a studio where he was also working, and immediately invited him to play with the Berlin Philharmonic Orchestra. He went on to record the Mendelssohn, Tchaikovsky, Saint-Saëns and Lalo violin concertos for EMI.

Over the last ten years, in parallel to his international career as a violinist, Augustin Dumay has also become very active as a conductor, both on stage and on disc. He is regularly invited to conduct orchestras such as the English Chamber Orchestra, New Jersey Symphony Orchestra, Sinfonia Varsovia and New Japan Philharmonic. From 2003-2013, he was Music Director of the Royal Chamber Orchestra of Wallonia (Belgium) and then Principal Guest Conductor until 2015. Since 2011, he has been Music Director of the Kansai Philharmonic Orchestra (Osaka, Japan). In 2015, under his baton, the KPO toured Europe for the first time, and visited Germany (Tonhalle Düsseldorf and Mozartfest Würzburg), Switzerland (Fondation Gianadda) and Italy (Festival Pianistico Internazionale di Brescia e Bergamo).

Since 2004, he has been a Master in residence at the Queen Elisabeth Music Chapel (Brussels) where he coaches a select group of highly talented young violinists, many of whom have won prizes at major international competitions.

For Onyx, Augustin Dumay has recorded two CDs conducting the Kansai Philharmonic Orchestra and, together with the pianist Louis Lortie, albums of Franck & Strauss violin sonatas where he was described as “one of today’s great violinists” (The Strad) and of Brahms Sonatas, “a disc to treasure” (The Guardian).

After a double CD presenting three aspects of his life as a musician – soloist, conductor and chamber musician, with Beethoven’s Violin Concerto and Symphony no. 8, as well as Brahms’ String Sextet no. 1 – his latest recording, released in May 2016, is devoted to the Bartók’s Concerto no. 2 with the Montreal Symphony Orchestra and Kent Nagano. 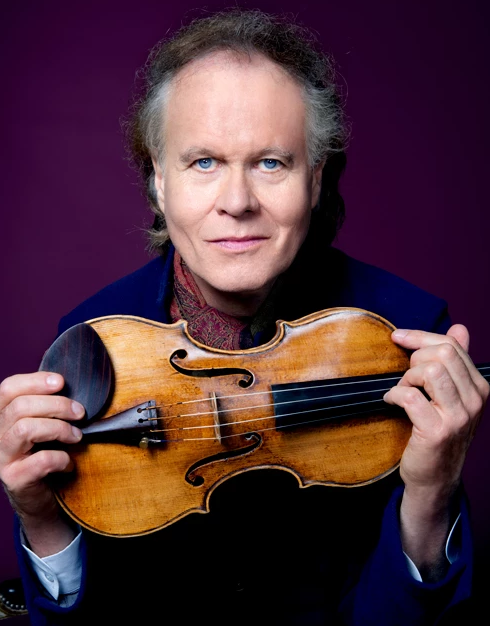